They say that photography is a very expensive hobby, and it sure can be. But does that mean that it has to be expensive? Not at all. Of course, the gear you use does make a difference in the quality of photos you can get, but it does so more at a professional level where the technical side of photography starts mattering, rather than for people just looking to take photos as a hobby.

So, if you want to get into photography as a hobby or even if you want to dabble with the idea of making some money with it, you don’t have to worry about spending a lot of money to get a good camera. There are plenty of cheap digital cameras that can help you get started with photography as a beginner. So, if you’re looking for the best entry-level DSLR or mirrorless cameras to try out, you’ve come to the right place.

The Best DSLR Camera on a Budget

DSLR cameras have their own place in the photography world, even with the popularity of mirrorless technology. They are quick to focus, have great ergonomics, and even look more substantial which is something people sometimes want. To name one camera as the best DSLR camera would be impossible because every camera has its own pros and cons and will be different for each user.

A DSLR camera for beginners, however, must have a decent sensor, fast autofocus, and a good enough selection of lenses so that the photographer can grow their collection in due time. You’re most likely to get started with APS-C sized sensors at the entry-level market, as full-frame cameras cost considerably more and something like a medium format digital camera is not even a consideration.

Anyway, with that brief introduction out of the way, let’s take a look at the best DSLR camera you can get on a tight budget:

The Nikon D3400 is often touted as the best beginner camera due to its very affordable price tag and the quality it provides for that price. It sports an APS-C CMOS sensor that is 24.2MP. The screen on the back is fairly decent but does not come with touch support. This may be the best camera for beginners because of its good autofocus capabilities as well as very good battery life coupled with the very capable sensor, all of which can be yours for very little money.

If the best entry-level DSLR has more features than the D3400 in your books, then the D5600 is our next recommendation. It also comes with the great 24.2MP sensor from Nikon, but adds more features like a touchscreen and 60 fps 1080p video. The D5600 is also newer, which means it generally has better performance, making it a top contender for the best DSLR camera for beginners.

The Rebel T6 is a little less capable than some other choices for the best DSLR camera on this list, but it also is one of the most affordable ones. With it, you get an 18MP sensor that should be enough for beginners to start taking photos. There is no touchscreen or other fancy features either, but if you want a basic camera to get into photography, this one is a solid option. And what’s more, if you are open to buying it used, it may well become the best digital camera under $300!

If you’re not looking for the best digital camera under $300, then the Canon Rebel T7 is a step up from the T6. It’s the best DSLR camera for beginners who want an entry-level, no-frills body with easy to use controls and are attracted to Canon’s color science in jpegs. It comes without a touchscreen and a pretty dated autofocus system but adds NFC for easy transfer of photos between devices. If you are interested in the Canon colors, especially for portrait photography, and want a simple camera then the T7 might be the best DSLR camera to get you started with photography.

This Panasonic camera is a bridge camera, meaning it comes with a fixed lens rather than allowing for changing lenses as a DSLR would. It has a smaller sensor than APS-C, but makes up for it with its very versatile 60X zoom. It can also get very close to subjects for macro shots. While a Panasonic camera might not come to mind when searching for the best DSLR camera, this particular Panasonic camera is one of the best entry-level DSLR-style cameras for beginners.

Sony digital cameras are generally thought to be either point and shoot models or mirrorless ones. However, Sony also makes DSLT cameras that are different from the traditional DSLR style. These Sony digital cameras come with electronic viewfinders, in-body stabilization, very fast autofocus, and features like focus peaking. All of that makes this Sony camera, the Alpha a68, a contender for the best DSLR camera for beginners, even though it’s not really a DSLR. The only thing keeping this Sony camera back is that the company doesn’t seem to be too focused on its DSLT line and is instead focusing on mirrorless technology. But if you don’t mind that, you’re sure to find the a68 as the best camera for beginners because you’ll also be able to use vintage Minolta lenses with it that can be bought for very little money.

The Best Mirrorless Camera on a Budget

So, if you’ve been searching for a DSLR camera for beginners but are also interested in trying out mirrorless, here are some of the top choices for the best mirrorless camera:

An Olympus camera is often considered to be the best camera for beginners because it offers intuitive controls that new photographers find really easy to use and they also teach photographers much more about the different settings than seeing them on a screen. The Olympus E-M 10 III is no exception. It has plenty of manual dials with a much-improved user interface as well. It wouldn’t be an Olympus camera without boasting the company’s excellent 5-axis image stabilization. It has a smaller microfour-thirdss sensor, so it’s no medium format digital camera, and the sensor is also just 16MP which is not ideal.

Another Olympus camera, the E-PL9 is very small, making it the best beginner camera for those who don’t want a heavy camera to carry around. Despite the very small size, this fairly cheap digital camera comes with image stabilization, intuitive controls, and interchangeable lenses. For those searching for the best DSLR camera for beginners but not sure about the size and weight, take a close look at the E-PL9.

Fujifilm digital cameras are well-known for their highly intuitive controls that motivate users to shoot more. If you own a modern Fujifilm camera, it’s likely to have a very vintage, film camera-like feeling. This feel is coupled with excellent jpeg image quality to make a camera like the Fuji X-T100 the best entry level DSLR replacement for most people. This Fujifilm digital camera comes with an articulating LCD that is touch-enabled and a bright viewfinder. However, the laggy autofocus for moving subjects and the small buffer may be deal breakers for some people.

Kodak digital cameras are not really well-known but their AZ series of bridge cameras can be the replacement for the best DSLR camera for beginners. The Kodak camera in question, the AZ522, is a cheap digital camera with a fixed lens that boasts a 52X zoom range and an impressive 12.6 fps burst rate. This Kodak camera loses out to some other equivalent best DSLR cameras in this price range due to a lackluster EVF, and a small burst buffer. While this Kodak camera comes cheap, it just goes to show that Kodak digital cameras still have some way to go before they can really compete.

Canon’s mirrorless camera, the EOS M50, is praised by many as the best mirrorless camera for beginners. It builds on Canon’s legacy for excellent image sensors and processing engines, while bringing all that is good about mirrorless cameras. It has quick AF, 4K support, a very good viewfinder, fully articulating touchscreen, and much more going for it. This Canon mirrorless camera may even be a better choice than the best entry-level DSLR the same company makes. However, there are some things that might make this lose out to a Sony camera, like a small buffer and a basic eye-detection autofocus implementation. If you can live with those compromises in favor of Canon’s excellent colors, then this Canon mirrorless M50 may be the best beginner camera for you.

Another top contender for the title of best camera for beginners, the Fujifilm camera X-A5 is also a great choice for those looking for the best mirrorless camera for not a lot of money. Any Fujifilm digital camera is expected to have great colors and controls, and the X-A5 is no different. It boasts excellent image quality, especially in jpeg mode where you can use its various film simulations that are found in pretty much every Fujifilm camera. It looks clean and minimal and is also lightweight. All of that makes it one of the best cameras for beginners, and the fact that is allows users to use the exceptional Fujifilm lenses to get even better shots makes it the best mirrorless camera at its price point. So, instead of looking for a DSLR camera for beginners, take a look at the X-A5 and you’ll appreciate how small and portable it really is.

And with that, we conclude these lists of the best DSLR cameras and the best mirrorless cameras that you can buy on a budget if you’re interested in getting started with photography. Remember that photography doesn’t have to be expensive and you can get amazing results even with the best camera for beginners that can be had for less than $500. You don’t even have to look for the best mirrorless camera and can rather get an advanced point and shoot like the Sony RX100 to start taking stellar photos. So don’t let expensive gear stop you from going out and taking photos. Shoot with whatever you have, and you’ll see how rewarding that can be. 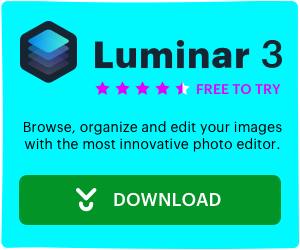